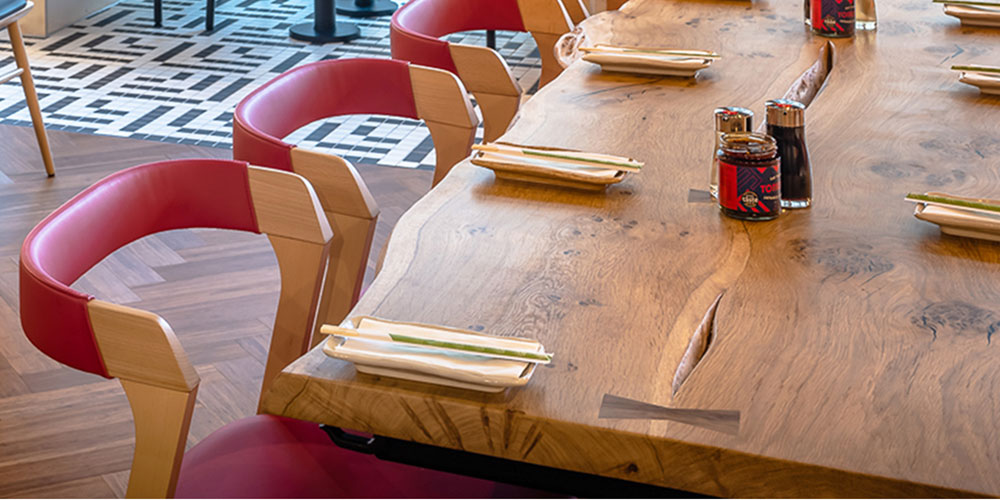 Our inspiration for the interior came from the working-class areas of London and the Japanese canteen style of the Izakaya, but our main challenge was trying to translate this into the ground floor of a purpose built residential block, which boasts a decadent stone and glass façade and with very modern window detailing.

Our designers were excited about the traditional and modern Japanese patterns and techniques we could create alongside the roughness of the exposed surface. For example, a simple idea of decorating the expansion joints in the blockwork walls with a vibrant magenta is our modern interpretation of the traditional Japanese technique kintsugi, which is “the concept of highlighting or emphasizing imperfections, visualizing mends s as an additive or an area to celebrate or focus on ”. 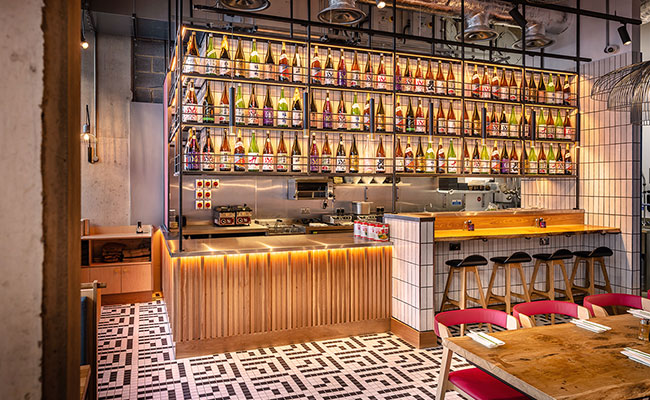 We interpreted and reimagined the shoji screens, synonymous with Japan, as an open wall cladding which extends around the interior solid walls. We even continued this detail and created unique wall brackets for the bar shelving.

Wall lights which extend over perimeter tables soften the hard wall surfaces, and the open wire metal shades expose the engineering of the light fitting similarly to the raw materials left exposed in the interior. Details such as the butterfly joints in the book matched and live edge tables show the craftsmanship in traditional Japanese techniques. These juxtapose with the very modern chairs and banquette booth seats, with all being upholstered in bold magenta and blue leathers. 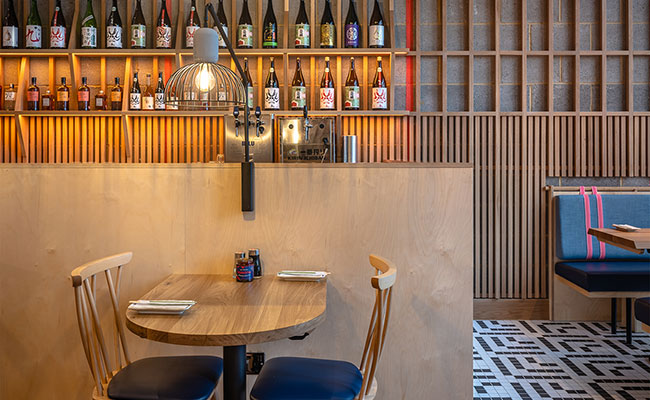 A large part of the interior is the open kitchen set against the left wall as diners enter. This is shrouded in decorative slatted cladding with concealed illumination and a tall gantry which envelops the theatre of chefs cooking within. This monolith is the heart of the restaurant and meant to draw one’s attention whether dining in or from the pavement.

The interior results project a confident tone and bold aesthetic in line with Tonkotsu’s menu.