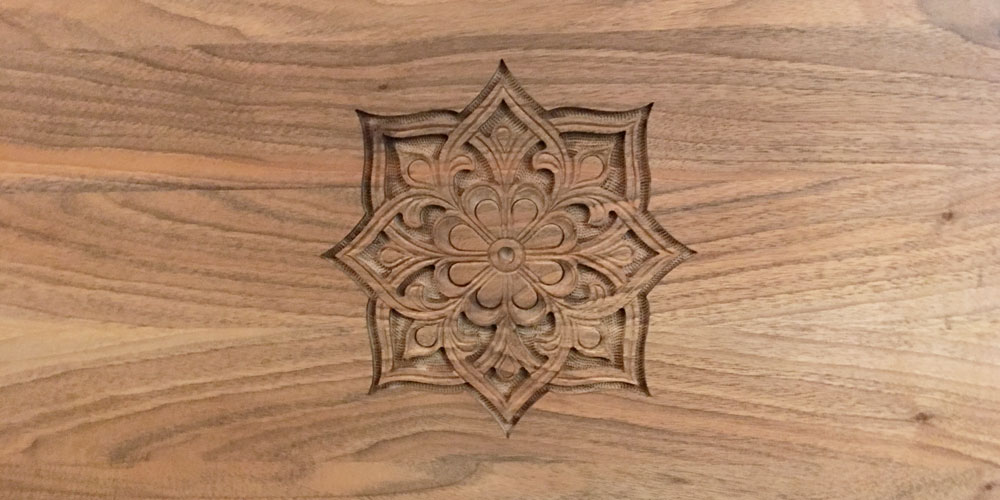 Access to Ossobuco is from a ramped drive with large double doors opening onto a reception desk, before descending the stairs to the subterranean dining area and bar. 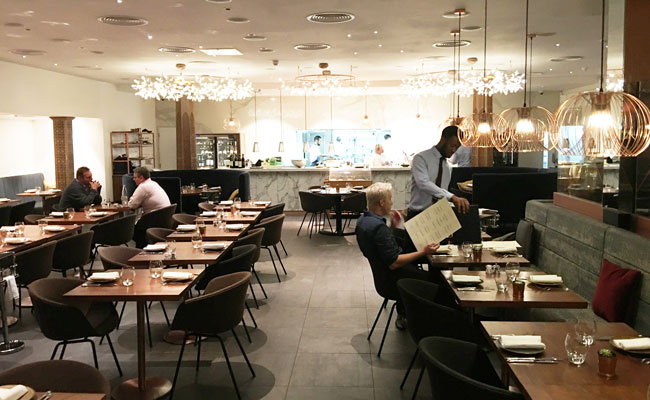 Ossobuco restaurant designers have adopted few existing elements from the previous Uzbekistan restaurant, such as intricately carved wooden column casings and waiter station.  The existing tiles have been redecorated with metallic copper paint, which is a strong recurrent theme of this Italian restaurant. Copper embellishments such as glass manifestations in geometric patterns, tea light holders and copper Pedrali column table bases. 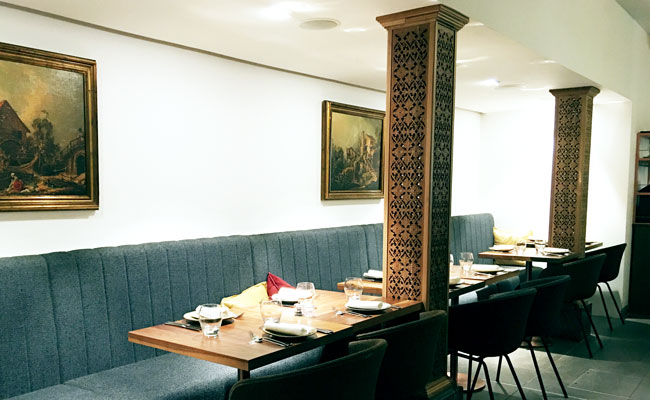 Copper wire lighting pendants are hung above tables along the perimeter of the bar and restaurant and ceiling is dominated by  three large round copper ceiling chandeliers in front of the open kitchen. 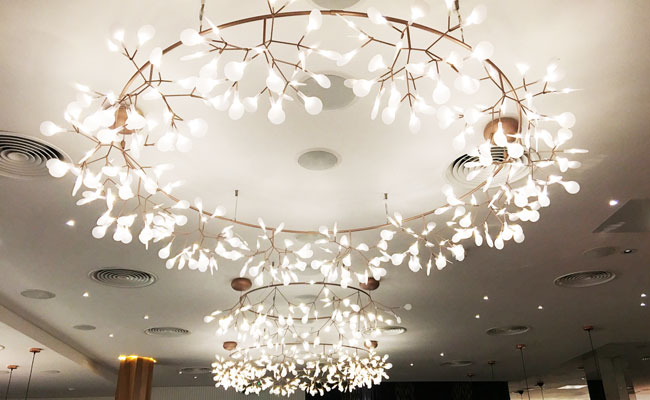 Italian restaurant feel comes from the white marble tiles to the open servery.

Seating is a combination of modern bucket chairs with metal legs, often found in Milan furniture catalogues, horseshoe booths upholstered in the dark navy velvet, and grey fixed seating around the perimeter.